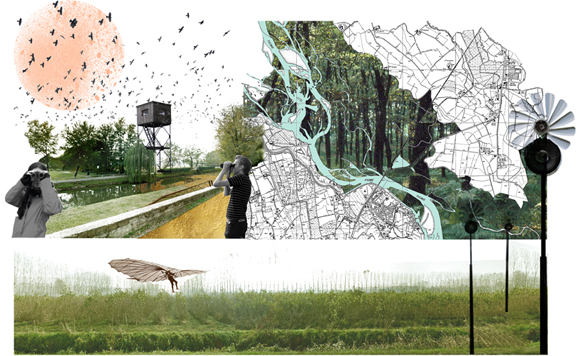 Milan and Lombardy hold important works by Leonardo da Vinci. Among these, the Florentine genius is the author of hydraulic works and part of the local canals: the Navigli, the waterway system of Lombardy, studied and investigated not only from a scientific point of view but also taking into consideration its natural, landscaping and artistic aspects. 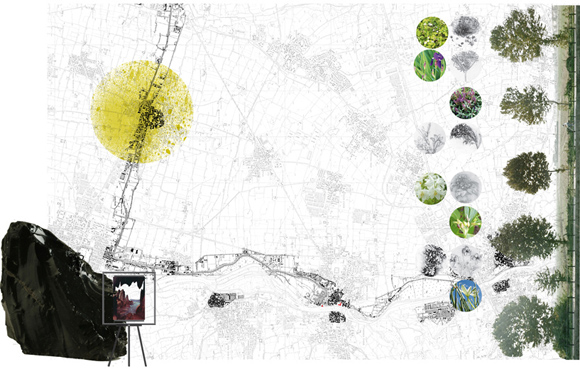 The aim of the research is to narrate and give evidence of Leonardos permanence in Lombardy through the creation of a cultural, touristic system built around the lines of the canals (from Sforzesca farmhouse in Vigevano to Trezzo d’Adda) in order to promote the historical heritage, protect and preserve the biodiversity of the environment and create infrastructures for the community. 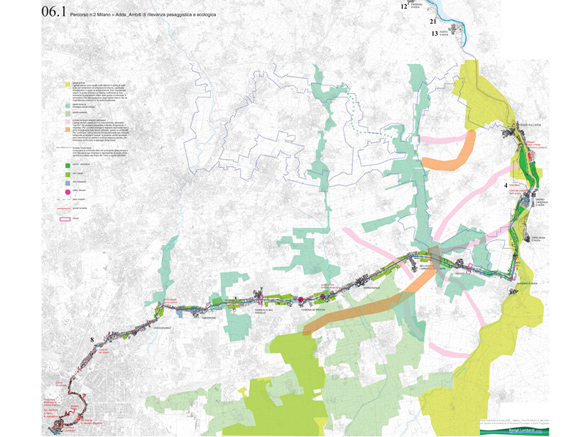 The first phase involved the analysis of case studies and the creation of technical maps in order to highlight the places touched by Leonardo and investigate the ecological networks of the landscape.

The second phase focused on a proposal of spatial intervention on the territory: promenades to experience places, thematic parks as cultural repository of memories (such as a botanical garden hosting the plant species studied and drawn by Leonardo da Vinci), facilities for the observation of the avifauna to protect wildlife.